We have chosen James Mendez Photography for our big day. James and Cherie are a husband and wife team out of New York. We found them personable and professional. They seem like they will be easy to work with.

These are the package details we have chosen:

Here is a picture of a couple they shot at Daniel Stowe Botanical Gardens a few months ago. 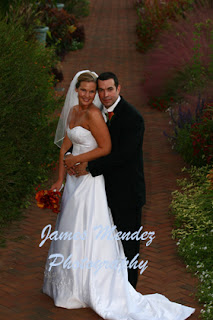 Posted by Pamela Wisniewski at 6:54 PM No comments:

Karen Warren Catering will be our caterer.

Much cheaper and easier to work with than Momma Ricotta's! No funky upcharges, either.

We are going to have butlered appetizers and heavy hors d'oeuvres. Here are some of the menu details:

Posted by Pamela Wisniewski at 2:11 PM No comments:

We picked Brenda's Cake Gallery to do our wedding cake and groom's cakes.

We met with Faith who works there, and she seems really cool to work with. We are having them duplicate the cake below as the wedding cake.

We are thinking about having two groom's cakes on either side of the wedding cake that look like potted orchids (kind of like the picture below).

The wedding cake will be almond and buttercream pound cake. One of the side cakes will be chocolate and the other a sugar-free white cake. Yummy!
Posted by Pamela Wisniewski at 2:03 PM No comments:

All the Right Grooves DJ

Jill
We have decided to go with All the Right Grooves as our reception DJ.

We spoke with Jill and Bethany, and they seem really nice. I called a few of their references, and everyone raved about them. They advertise as the "non-cheesy" DJ's and won't play songs like the chicken dance unless it is requested. That sounded pretty good to us!
Posted by Pamela Wisniewski at 12:23 PM No comments: 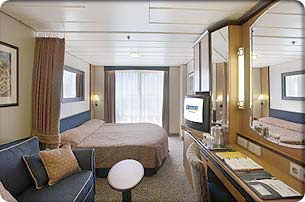 We booked the cruise through Overstock Cruises.
Posted by Pamela Wisniewski at 3:51 PM No comments:

Mike took me to the Evening Muse for our first date to hear Patrick Davis play. We had the best seat in the house - there was a love seat in the back where we cuddled for the first time. Anyway, Patrick has an awesome voice and lots of talent. Since Mike and I have very different tastes in music, it took us a little while, but we ended up deciding that Your a Diamond in the Making would be the perfect song. It was one of the first songs we heard together, and it has very pretty lyrics. So now we have our first song! 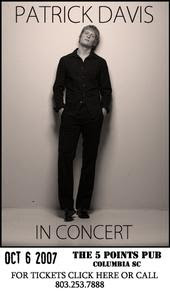 Posted by Pamela Wisniewski at 10:00 PM No comments: 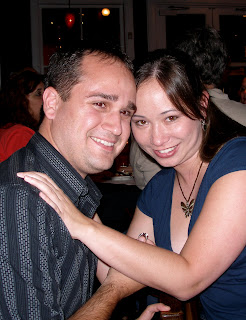 Okay, as you can see, we haven't exactly done everything in order. Mike officially proposed last weekend (September 22, 2007). We went to Savannah for the weekend so Mike could meet Mom and Watson. We brought Mike's Mom with us. We arrived in Savannah around 11:30 AM and had lunch off of the boardwalk. After that, we caught the Historic Savannah tour then went back to the hotel to get ready for dinner. We went to a restaurant near the City Market. Dinner was pretty funny. It started when the waiter spilled Watson's drink so we had to move to another table. Then Mom and I both ordered steaks - one medium well and one medium rare - and they both came out medium so we kept swapping steaks over the table. Mike and I ordered a fried banana cheesecake dessert, and as we were about to finish it, I noticed that he was getting all nervous. His Mom noticed too and nudged my Mom with her elbow to let her know that he was ready. He pushed his chair out and got down on one knee. He said something like this:

"I know you wanted your mom to be here when I proposed," said Mike. Then Mom cried, "Wait, don't do anything yet - I need to get my camera!" "I was going to propose on the tour, but there was never a good time," continued Mike (after a brief photo shoot). "That tour guide was mean! She did keep asking if anyone had any questions though!" Pam pointed out jokingly. "You are the most important person in my life. I love you and want to spend the rest of my life with you. Will you marry me?, " said Mike teary eyed. (Pam Nods head vigorously, kisses and hugs Mike) (Later I asked him if I had said yes because I had been so excited, and I wasn't sure.) "Everybody, they just got engaged!" exclaimed Mom. (Whole restaurant Claps) "We are on our honeymoon. We just got married a week ago; we highly recommend it," said a couple at adjacent table. "Let me see the ring," asks Mom. (Spills water all over the table, spilling on Mike and Pam.) (Everyone at table Laughs) (Waiter brings napkins) "Congratulations! You can spill all the drinks you guys want!" he said.

Some funny outtakes (in addition to the ones already mentioned), are that Mike was worried all week that the ring wasn't going to come in on time. It came in Friday at 2 PM when we were leaving Saturday at 6 AM. I called the Jared lady on Monday to see if his ring had come in, and she automatically assumed I wanted to know about my ring and said that it was supposed to be in on Thursday. She said his ring wouldn't be in until October 1, but it actually came in on Wednesday. I kept joking to Mike that I could propose to him at any minute! (Then he would make a sad face.) Both his mom and my mom (and Watson - I don't think he heard a word of what was going on) were there to witness his proposal. It was perfect!
Posted by Pamela Wisniewski at 9:50 AM No comments:

I found a local harpist to play the music for the ceremony. Her name is Joan Johnson, and it seems like she does this professionally.

I always thought it would be neat to have a harpist at my wedding so it was really cool that I came across her website. We aren't sure what songs yet. She is going to send us a demo CD.
Posted by Pamela Wisniewski at 6:25 PM No comments:

Here is the list of our wedding party (left to right):
I have so many great friends that I couldn't choose who I would want as part of my bridal party, so I decided that it would be best to stick with family.

And, not to forget the ushers, the following men are helping us ush in our guests:

Posted by Pamela Wisniewski at 9:18 PM No comments:

Mike bought me the perfect ring from Jared! The setting is a Gelin Abaci tension setting, and the diamond is an ideal, ideal cut peerless diamond. We looked at a few different options, but we were confident that we made the right decision with this ring. I wanted something unique and beautiful to match our relationship. We are going to get him a custom band that will kind of match the contours of my ring. He also wants a titanium Greek key symbol ring to wear when he travels or is working with his hands. It symbolizes "long life." The diamond lady thought it was funny that we both have such small hands - I am a 4.5 (same as my feet), and Mike is a 7.5 (but he has big feet). 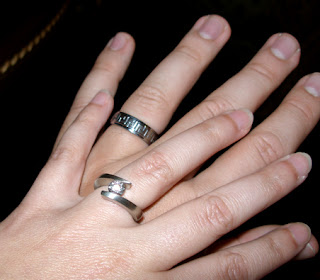 I also got Mike kind of an engagement ring. When we first started talking about rings, I told him I liked the idea of a titanium tension ring. He didn't believe me and said there was no such thing as a titanium ring. I proved him wrong (like I usually do), and then he decided he really liked titanium rings. Even though we are going to get him an official wedding band to match my ring, I did get him a titanium ring with the Greek key symbol which represents "long life" for before we get married and to wear traveling and working around the house. It is aircraft strength titanium so it is very durable.

Posted by Pamela Wisniewski at 11:10 PM No comments:

Cantonese's articulation and pronunciation for eight (baat) sounds similar to the word that signifies 'prosperity' (paat). In Cantonese, eight reads as 'Fa', which means to make a great fortune in the near future. Eight is considered the most fortuitous of numbers.

I am half Cantonese on my mother's side, but in truth, this had very little to do with why I wanted to get married on 8/8/08. Eight has been my favorite number since I was a very little girl. I remember wanting to be 8 years old forever, and I thought it was really cool that my bus number in kindergarten was bus 8. Sometime in high school, I tried justifying it because 8 on its side looks like the infinity symbol, and that is how much I wanted to be loved. Then somewhere around college I realized how cheesy that sounded so I just stuck with it being my favorite number. Only after we had set the date did I come across some of the significance in my heritage that makes 8/8/08 a very fitting day for us to get married. Hey, maybe I wasn't adopted after all!

Posted by Pamela Wisniewski at 11:05 PM No comments: